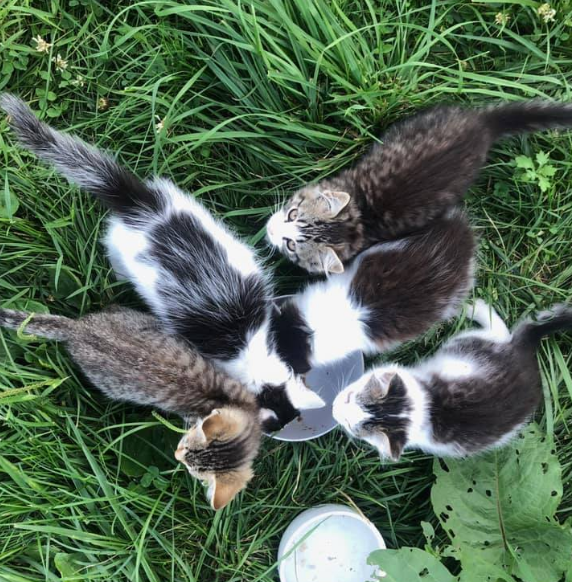 Kitties Without Borders was contacted about a bunch of kittens living outside on a farm. We were told they were friendly and easily handled. Taylor drove out from Long Island to help Lori and the finder gather the kittens. When we arrived, we quickly realized they were NOT friendly and they were going to put up a fight. They were running, hissing, and even drew blood from biting, but we managed to get 4 of them. Taylor had experience with socializing a shy adult, but never kittens this terrified. Driving home, she was overwhelmed trying to figure out how she was going to turn these mean kittens into adoptable cats. When they arrived at their new foster home, they immediately hid, hissing and attempting to scratch. For hours a day, Taylor spent time working in their foster room, talking on the phone, and trying to hand feed them. Two of them, Comet and Pluto, quickly came around, while Nebula and Galaxy continued to hiss and attempt to strike. After week of socialization, Taylor found herself, laying in the foster room covered with not 1, not 2, not 3, but all 4 kittens fighting for her attention. All of the kittens had worms and giardia which they were treated for. Pluto went home to his dad in New York City, now named Benji. Galaxy and Nebula went home together in Brooklyn, now named Stevi and Joni. And Comet ended up winning over his foster mom, co-founder of KWB, Taylor, and is now named Fluffer. 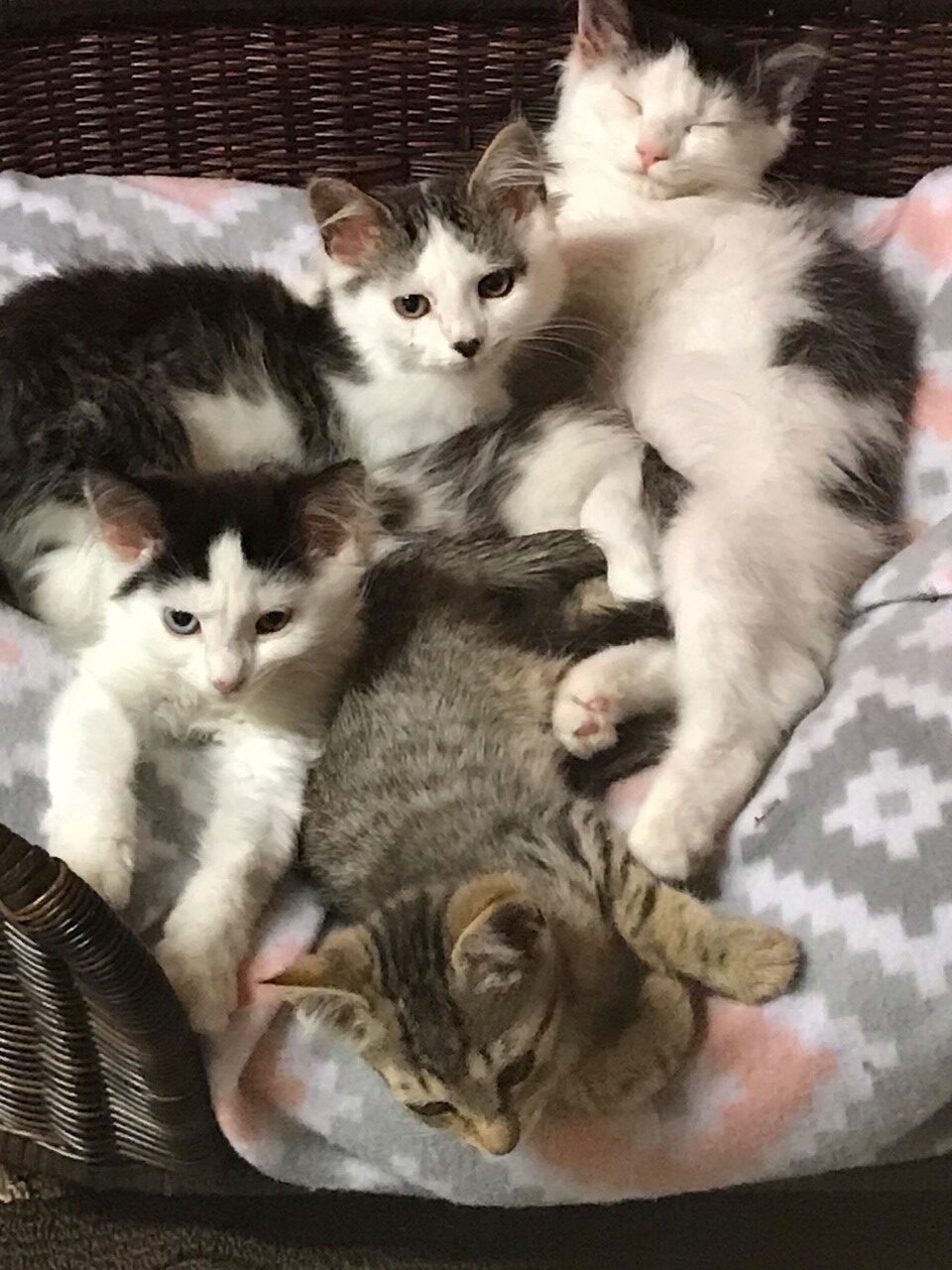 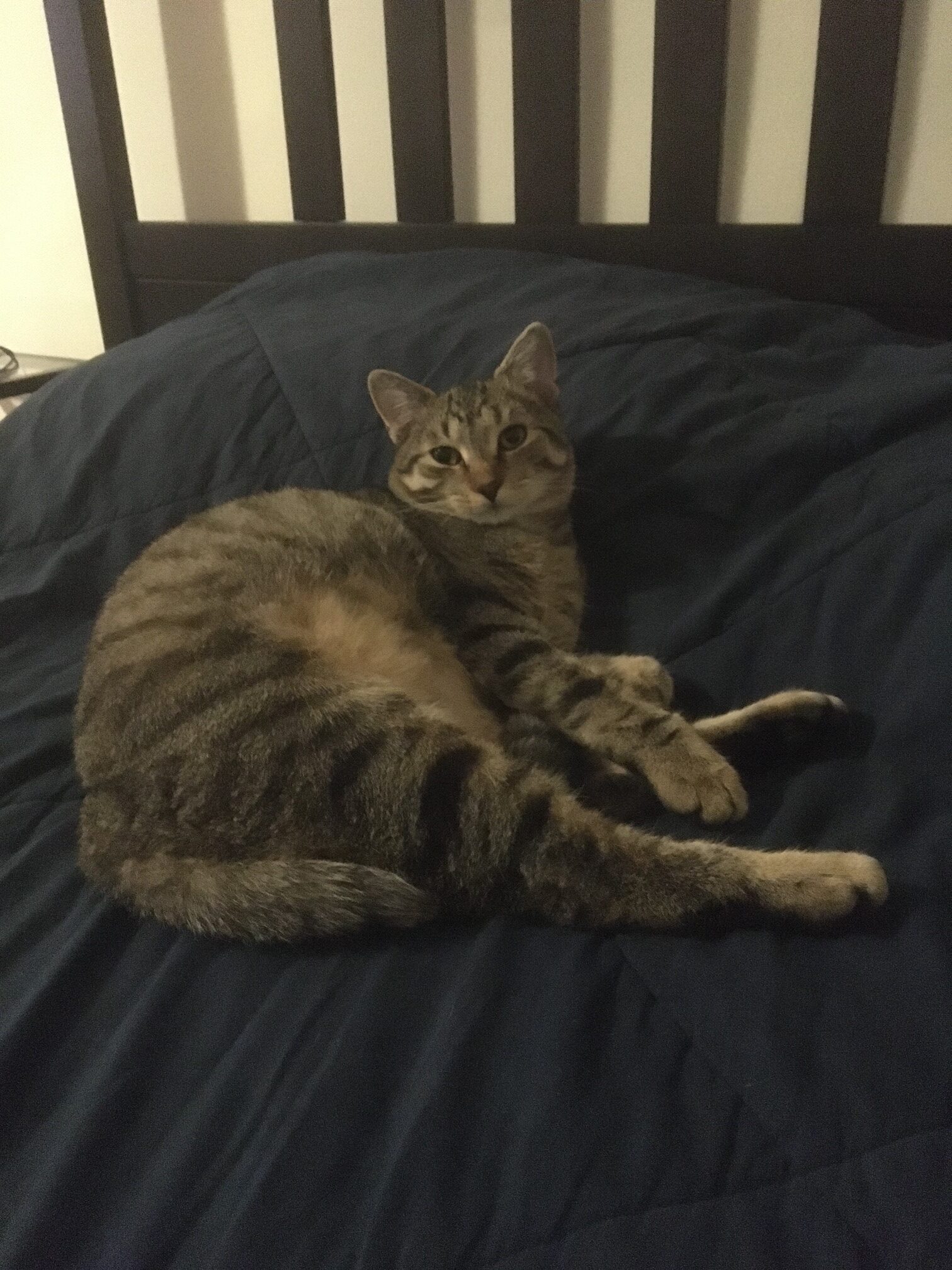 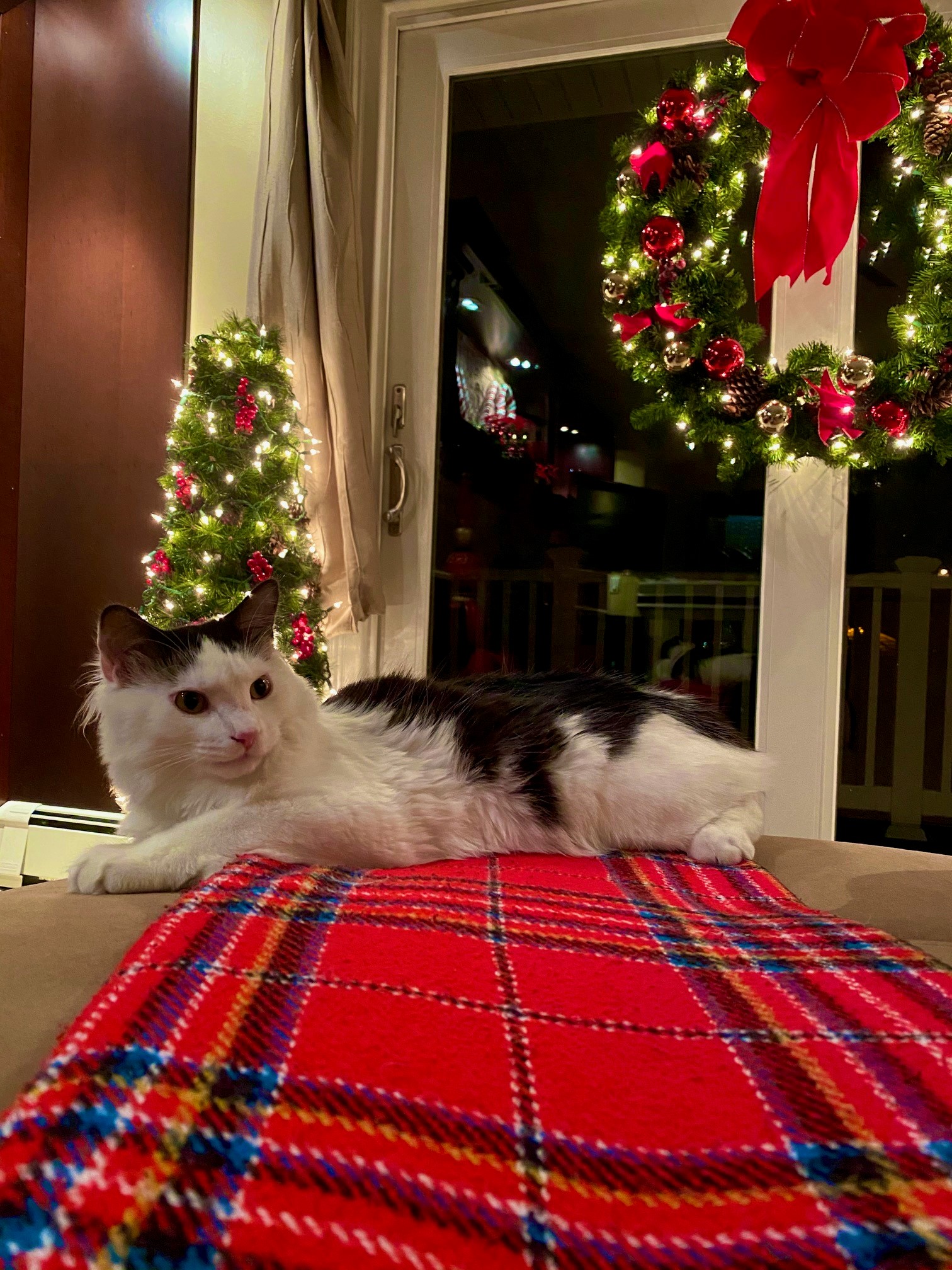 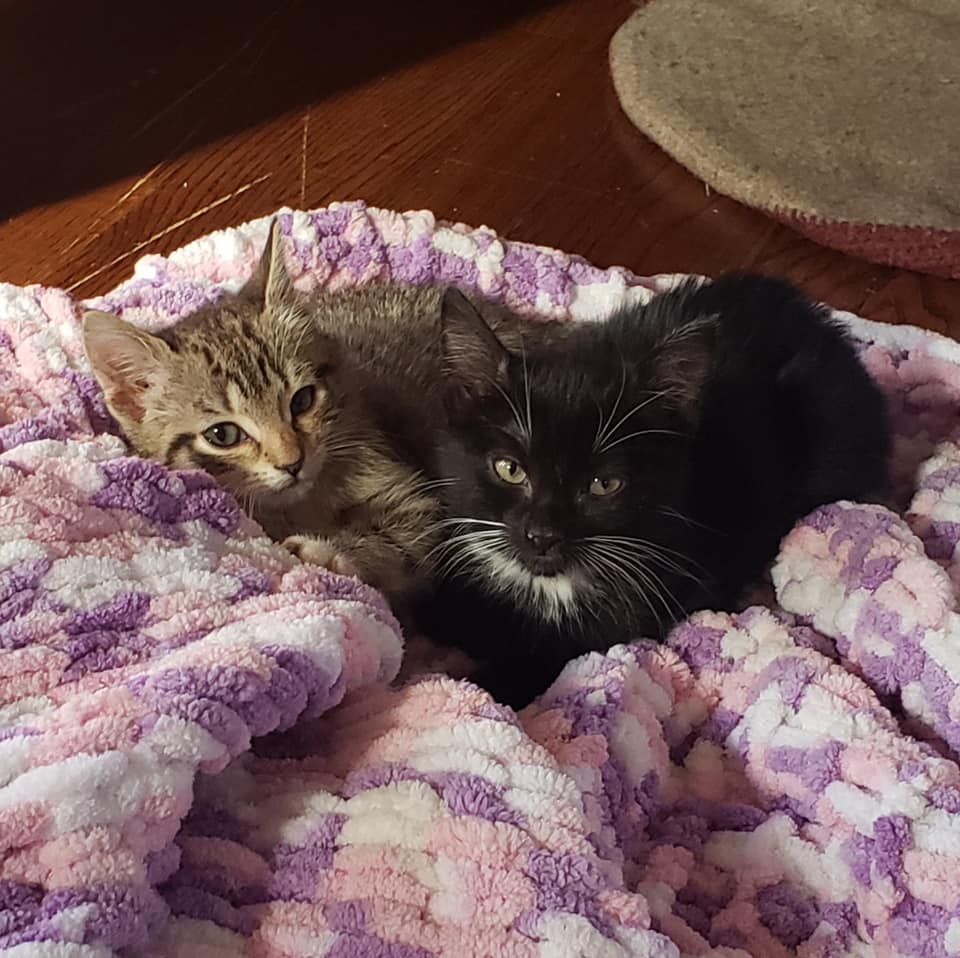